Hungary should be outraged Mexican officials are in a snit over a European Burger King commercial advertising a new Tex-Mex burger.

Mexico's ambassador to Spain said posters for the new "Texican whopper", a cheeseburger with chilli and spicy mayonnaise, inappropriately display the Mexican flag, which is draped over the diminutive wrestler like a poncho.

"This advertisement denigrates the image of our country and uses improperly Mexico's national flag," Jorge Zermeno wrote in a letter to Burger King in Spain, the Reforma newspaper reported on Monday.

Funny, I don't recall any official Mexican outrage over the Montbello High School incident a few years ago. Nor do I hear Equatorial Guinea, Hungary, Kuwait, or India screeching over the misuse of their flags.

Just in case there's any confusion:

This is a Mexican flag:

This is what Mexico has their panties in a bunch over:

and, if you've bothered reading this far, here's another 'abuse' of the Mexican flag. 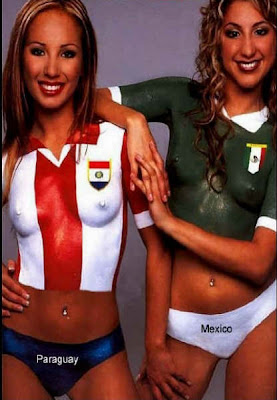 I'm not going to bother linking the many pictures available online of Mexican men wearing their flag as a cape at sporting events, I'm guessing everyone here has seen it happen at least once.