We Movin'!!! This has been in the works for some time, and I've been stalling on making it happen/lazy about announcing it. We're moving the crapblog to doubleplusundead.com, and to Wordpress.  Alice has been working on getting us set up with things, and we'll be making even more improvements in the upcoming weeks.  We're going to try and make Election Day the official launch date, and post most of our election day coverage at the new site.  It's gonna be nice to have IB, H2 and DPUD all at Wordpress.

I go into detail a bit why we're moving to the new site over there, but more than that, over here, I did want to thank Pixy for hosting us over the past three years.  I'll say it a million times if I have to, Pix is a damn good guy, and a damn good soldier for the cause, that he can do what he does is amazing...you may not have known this, but Pix has to regularly scrape wallaby remains off of the wires off his servers...lil' bastards love to chew server wiring.  Pix, if you're ever in the States, particularly my part of the Northeast, beer is definitely on me, and thanks.

One More Week Fuck the left. Dungeonfuck them so hard with the detachable cock from a sodomizing zombie that they will grow a new appendange as a result. Fuck them for everything. Fuck their smugness. Fuck their arrogance. And megafuck them to infinity because I just plain old fucking hate them.

They have beaten us up, mocked us, lied to us, slandered us, humiliated us, ruined our future, and sneered condescendingly to us that they know better, and that we should just shut the fuck up and take it prison style and ask for more.

Besides, in my sick, depraved heart, I fucking want to see them wailing and moaning. I fucking want to see them shocked and appalled that the fucking people stood up and told them to get rotofucked with a sewer snake. And I just like electorally curbstomping them. The American people have been fucked over by the left and their RINO enablers. Now, on November 2, we fuck back.  We fuck them. We make them our bitches. And we discard them like a dirty fuckrag.

So get lubed up, lefties. Get lubed up to have a new orifice created from what the freedomcock of victory will do to you.

A ReButtal. I admit, it's my fault for reading the blog, and not even the blog, but comments.
Now, I hate to get in a fight with the blog's namesake but.... 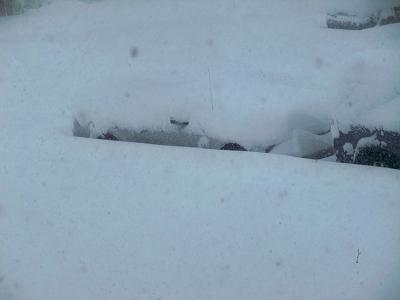 is a  good thing.

My rebuttal below the fold.
more...

You can pretend you know how to read, and help out a fellow Moron Sadly, another one of the Moron Horde has felt the sting of funemployment, but, our friend Baldilocks has a book she's written and has been promoting, give it a look, it's not quite as badass as a Wolf Shirt, but still pretty awesome.  Consider picking up a book or download, help a moron out.

Laura W is bossing us around again Those of you who have met her and her hump are probably appreciative of it.

As DrewM. notes in email: "There's always the chance some of these folks were re-posting whole articles and we've gone through the fair use thing but when people are basically conducting shakedowns they aren't all that particular sometimes."

Instructions on participating in the VRWC (really, instructions on how to keep us from getting our collective pants sued off) are at the Head Moron's.

Some guy named Bill Cismar wants your support I have no idea if this guy is a good guy or not, or if he's a complete whackjob.  But he's enough of a moron that he's posting on the Head Moron's Yahoo group, so if you're so inclined go give him some love.  Or cash, I think he's wanting your money, just like every other politician.

I don't normally link stories on the Head Moron's site, since I think most of our three readers at least float over there to read the blog even if they don't wade into the cesspool that the comments have become.  But just in case one of you haven't.

BBF at the Hostages Yep, did this week's BBF.

Sorry for the blarg slowness

On top of being a slow news week, seems we've all been kinda busy in Real LifeTM as well, sorry, at some point someone will do something fucking stupid or awesome, and it'll make for lots of fun, funny shit, in the meantime, if you've got a post to plug, by all means,

All you California folks Stay safe out there, sounds like Oakland is gonna see some rioting, who knows where it'll go, but let's hope it's contained, broken up quick and doesn't spread.

BTW, I'll be posting at Linkiest this week Linkiest (AKA The Artist Formerly Known As Conservative Grapevine) till Friday, be sure to check it out.

Happy Father's Day I know, it's a terrifying thought, but indeed some morons have reproduced...congrats on that...I guess.

Cheers to all the moron dads out there, it's a tough job, but someone has to raise the next generation of Val-U-Rite swilling, gun-toting, hobo-slaying wingnuts, and there's none better than you to do it.

Let us know if any of you guys get shirts.

(...but seriously, have a great Father's Day, we hope the day treats you well)

Read my latest scribblings at RWN Go read it, I command you.  Or something.  I guess.  Or sit around and wait for alex's next hotassery post, that works too.

Color me miffed Remember the awesomely cool D&D table I posted about last week. Don't try and deny it I know you guys all had geek-gasms over it.

Well, Ace posted about it today, which is cool, but did we get any link-love. Noooooo!!! Which tells me that Ace is dissing us and not reading DPUD. Should we declare war?

Paul Anka In Another Domestic Dispute? "Heartache", as Allah would say.

What the hell is with all this productivity from morons lately? Must be the economy, gotta get that Val-U-Rite money somewhere...two of you go and write novels, and obviously S. Weasel has her online store.  I was gonna joke and say, what next, the Moron-in-Chief opening a t-shirt shop and selling The Guys Got Shirts shirts...go figure.

3rd Party? In a longer post, Ace opines about how a possible third party candidate could help Obama win in 2012.

If the GOP runs someone like Mitt, "Ask me about my socialist health care plan" Romney or Mike "Christian socialist" (did I mention Christian?) Huckabee, he's exactly right.

If they run someone who's not just Dem-lite, then no.

They need someone who's against all the budget-busting and gov't overreach we've seen this decade.
I'm starting to root for a Teh Fred/Sarah Palin ticket.

And watching Minitru ignore the chance for a "historic first" of a woman VP will be darn funny.

Once More Into The Breach Go I. As I head out for another day of dealing with the problems with my house, here are a few points to consider.

Many Democrats seem willing to go down with the ship, and threats of losing an office seem to have no impact. In fact, many of them seem content to play the "Profiles In Courage" angle. I wonder if Obama did indeed promise jobs to all of these vulnerable Democrats.

And, more Democrat "tolerance" on display at a Palin Book Signing.

And, is Andrew Sullivan also an anti-Semite?

Bitchin' Are you a moronblogger?  Do you like shameless self-promotion?  Check this out!  Definitely getting a mug at least...