Let's test the sensitivity of our three readers. First reaction: tragic or funny?

I think we just found our anthem

Alex, one of those links I think you don't want to click on.

I was just thinking In the wake of the Dave Weigel debacle Ezra Klein has decided to kill the JournoList listserv, but we all know it will be back.  maybe we should setup a competing list serv.  I know we aren't journalists or heavy duty right wing pundits but there are at least according to people on Ace of Spades quite a few of those people who visit his site and we get some crossover.  I would do this a little different than Klein however.  First off everyone would be anonymous so that the type of exposure Klein faced couldn't happen to our members.  Second I would scrub the topics so that the type of thing Klein wrote didn't survive.  I am interested in making a point not running people down.

I say I and we but I am only using that as an example of how I would do things, someone with more credibility than myself would need to set things up.  I have no contacts and I have no credibility outside my own deranged fantasies so I am in no position to do anything.

Another thing I would like to set up is a conservative only chat system.

"Don't taze my granny!" I was unaware that tazing was an acceptable form of electroshock therapy to treat suicidal depression...

In honor of the World Cup A video showing that soccer is, indeed, a unifying sport. It's worth watching all the way to the end, the group spirit displayed is inspirational.

Conspiracy Theory of the Day: BP Spill Is Tapped Abiotic Oil Gusher The rumor I heard on the radio was that they hit a highly pressurized abiotic oil pocket several thousand feet under the ocean floor and that "no human technology" can close it up.

Well, other than a side-shaft nuclear explosion that, according to this source, if mishandled, would permanently crack the pocket causing an indefinite problem.

I wonder if there is any way to prove/disprove if this oil is abiotic.

Update:  A couple more things.  First, I've always been rather open to abiotic oil theory because it just seems unlikely to me that so much plant/animal matter made it several miles under the earth practically EVERYWHERE.

Second, now that I'm looking around the webs, there are quite a few (not necessarily reputable) people talking about this and claiming that, if it IS abiotic, it could last FOREVER!!!!11

alexthechick's real name is Finola McKenna ...and her law firm is Hogan Lovells.

Decoy Jews Does this mean there are no Jewish Dutch policemen?

Here's an interview with David X. Cohen. (via Slashdot)

At least it was before the wedding... Our Friday dose of broken dreams comes to us courtesy of Geekologie:

I wonder if she found her non-platonic acquaintances on Craigslist?

Speaking of screaming, guess what just happened somewhere, deep within the fiery depths of hell, where Satan just woke up in a cold sweat?

Awesome Zombie Book If you haven't read it, I recommend you run out and get Day By Day Armageddon right away.  Not only has J.L. Bourne crafted a visciously addictive first-person account of the zombie apocalypse but is an active-duty U.S. military officer.

This is why a WoW Morons guild is a Bad Idea 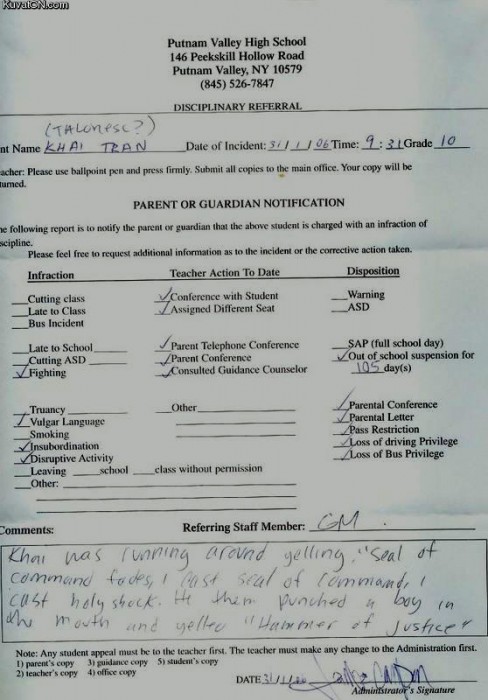 Needed to be said It really did.

And of course, the obligatory MC 900 Foot Jesus video.  (No, I'm not particularly fond of their music, but it just fits so well here.)

Update: Oh dear, I had no idea that statue is known as Touchdown Jesus.

Your Moron Guide to World Cup Soccer You're welcome.

I'm Back And I'm fucking pissed.

Obama can't suck the oil up with a straw?  I thought being President made you responsible for everyfucking thing that ever happened, including the weather.

And a Democratic congressman physically assaults someone that asks him a question and the narrative is about WHO THEY ARE?

Oh, get fucked and die in a fire you motherfucking stooges.  Let me be clear.  The narrative is NEVER about who is asking a politician a question.  Remember, these people are our EMPLOYEES.  Do you get to hit your boss if he asks you what you did yesterday or why?

You know what we should do?  We should make a mandatory hour-long question and answer session where the questions are anonymously presented and a voting process raises them to the top.  No matter how ridiculous they are, the President has to answer them.  He will have them an hour in advance to prepare.

Oh, and now the military catches some armed people trying to enter a Florida Airbase?  Why won't they release the names?

Sorry for no links but I'm in a hurry and you all know of what I speak anyway.