...and so it begins If these people take over health care, they're going to begin imposing more and more restrictions on personal behavior, until we have a tyrannical Nanny State like the UK.  Part of how they want to hike taxes to feed the bureaucratic leviathan is to impose a 10% tax on indoor tanning booths, 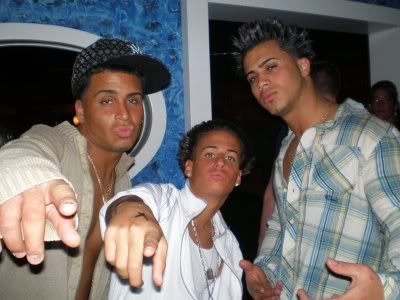 Will be hardest hit by 10% tax hike

Now, I know what you're thinking, okay, this will only hurt guidos and bleached out leather skinned bimbos, and you're right, but think about the entertainment we're gonna miss out on without the excess tanning these brain-dead idjits subject themselves to.  Sure, orange-y liquid tanning is funny on its own, but on top of a well done (as in thoroughly cooked) tanning booth tan? Magnifique!

And it isn't going to stop there, the sin taxes are gonna keep piling up, they're going to try to make all of life's joys too expensive for people to enjoy, then America will resemble the UK, and then it'll be fucking Demolition Man.  It's all fun and games until the vice of your choice is banned/taxed/regulated into oblivion.

They opted for a 10% tax on tanning booths in lieu of a 5% tax on cosmetic surgery, my guess is this swap out was a personal favor to Speaker of the House Pelosi.

If you make over $200K, expect a payroll tax hike, if you have a health insurance policy, it's time to put aside some funds for a 55 gallon drum of Astroglide, because your rates are about to go up, bigtime.

And you know who that'll get passed on to.  If this happens this is gonna put health insurance out of the reach of more working and middle class people, and that'll be the excuse needed for a government seizure of health care, and health care will be the excuse to seize control of everything else.